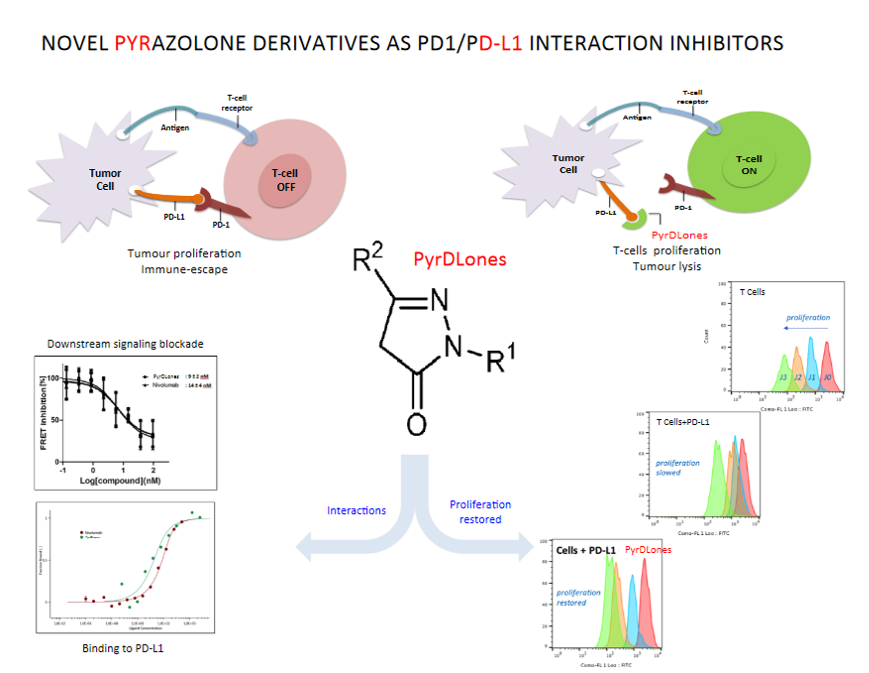 Bruno Quesnel and Xavier Thuru (Team “Factors of persistence of leukemic cells” ) have developed small molecules that block the interaction between PD-L1/PD-1 to allow the restoration of the host’s antitumor immune response against dormant tumor cells and more generally to tumors in which PD-L1 participate in immuno-escape.

Pyrazolone derivatives have been identified as having a strong blocking potential of the different interactions between PD-L1/PD-1.  These molecules are aimed to be used to block immuno-escape mechanisms in patients in cancer remission, allowing eradication or at least long-term control of minimal residual disease.